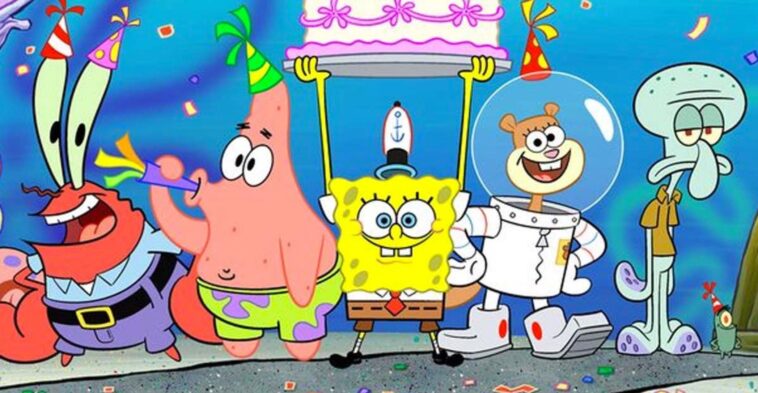 SpongeBob sponge out of water is an American live-action movie of SpongeBob Square pants famous animated cartoon. This is the second film in the three-film series SpongeBob. It is from the superhero comedy genre and was released in 2015.

It was written in English with a 92 minutes duration, and it had music from John Debney. The movie had companies like Nickelodeon movies and United Plankton Pictures involved in its production and was distributed by Paramount Pictures.

SpongeBob is on Netflix but in a limited number of regions. If you are from the United States or Canada then you won’t find the title in your Netflix library. But don’t worry and follow these steps to stream SpongeBob on Netflix from anywhere:

Here is a list of countries from which you can easily watch SpongeBob on Netflix:

Where to watch SpongeBob SquarePants online

SpongeBob SquarePants is available on a number of streaming platforms, some of which are listed below:

Netflix is investing heavily in content development and acquisition. With a VPN service, you can unblock the full potential of Netlfix and watch movies like Harry Potter and Godzilla vs Kong which is only available in limited libraries. Here are some of the best movies and TV shows you should check out on Netflix:

The trailer was released on Paramount Pictures International YouTube channel on July 31, 2014. It received positive reviews and showed from the movie’s problem (recipe theft) to SpongeBob’s action in saving it. The poster teaser, though, was released on June 10, 2014.

The story showed a pirate, Burger Beard, played by Antonio Banderas, who is found above sea level trying to steal the secret recipe of the special crabby patty to make his own plan of delicacies prosperous. He is eventually successful in stealing it, but now the hero SpongeBob played by Tom Kenny must pair up with Mr. Plankton, played by Mr. Lawrence, to retrieve and save the recipe from burger beard.

Burger beard has used a magic book that makes anything written on it come true to steal this formula, and SpongeBob Square pants must come up to the ocean’s surface to have the patty formula back.

Theatrically released in the United States on February 6, 2015, and in Belgium, on January 28, the film was very well received and earned a big profit. With a budget of $74 million, it earned $325.2 million worldwide. With an average rating of 6.5/10, it is filled with crazy fun and humor.

The bottom line is SpongeBob Square pants is on Netflix and you can watch it right now with a workable VPN service. The series is also available for rent on Apple iTunes, Google Play Movies, and other video renting stores.