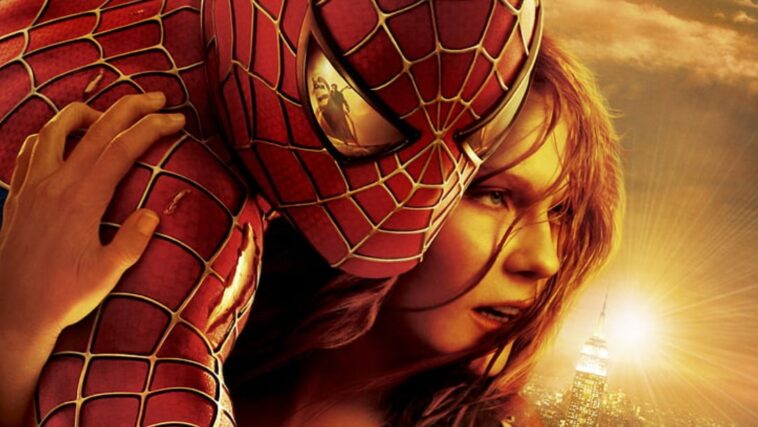 Any Tobey and Alfred Molina fans here after No Way Home? This is it! Here’s how you’re going to find ways how to stream the best Spider-flick of its time, Spider-Man 2.

Spider-Man 2 is a direct sequel to the 2002 movie, Spider-Man and stars Tobey Maguire as the returning superhero. Other recurring members from the cast include Kirsten Dunst’s Mary Jane Watson, James Franco’s Harry Osborn, Rosemary Harris as Aunt May Parker, and J.K Simmons’ Jonah Jameson. The movie also stars, you guessed it, Alfred Molina, as the villainous Doctor Octopus.

If you are from Tobey’s Spider-Man era and want to stream Spider-Man 2 on Netflix, you are at the right place. The movie is streaming on Netflix but in a limited number of libraries and this is why not all Netflix subscribers can watch the movie on Netflix.

If you are residing in the US or the UK, you will not be able to find the title in your Netflix library. But don’t worry, here is what you need to do in order to watch Spider-Man 2 on Netflix from anywhere in the world.

Spider-Man 2 is available for rent on the following platforms.

Spider-Man 2 is streaming in the following countries.

How to Watch Spider-Man 2 on Amazon Prime Video

But don’t worry, follow these simple steps to Spider-man 2 on Amazon Prime:

Can I Watch All Spider-Man Movies on Netflix?

Yes, all the spider man movies are available on Netflix but in different libraries. We have created a list of blogs through which you can watch all movies of Spider-man on Netflix in your country.

Where to Watch Spider-Man 2 Online

Spider-Man 2 picks up from where the first movie left off. Peter is going through a ton of personal issues after the death of his uncle Ben Parker and after realizing the city needs Spider-Man more than ever, even if it costs him his personal life. While Peter is juggling through financial, love, friendship, and superhero issues, a new menace has now appeared in the city, Doctor Octopus, Peter’s former professor gone amok after fusing neurologically with mechanical tentacles.

Plans for the movie started after the first one and the movie was eventually released on 30th June 2004. The movie performed fairly well and managed to gross USD 373.6 million in the US and 415 million in other regions, totaling USD 788.6 million worldwide, becoming the third highest-grossing movie of the year. The movie had a budget of USD 200 million.

Spider-Man 2 was well received by the critics as well. Roger Ebert gave the movie a perfect 4-star score and called it “Heroically Human.” The movie has a 93% score on Rotten Tomatoes, 7.3 on IMDb, a perfect 5/5 on Common Sense Media, and 83% on Metacritic.

You know have all the info needed on how to watch Spider-Man 2 on Netflix and Prime Video. On top of that, you also know other platforms streaming Spider-Man 2 like Fubo TV, Sky Go, and Binge in case Netflix doesn’t work out. You can also rent the movie online from Apple iTunes or Google Play Movies.