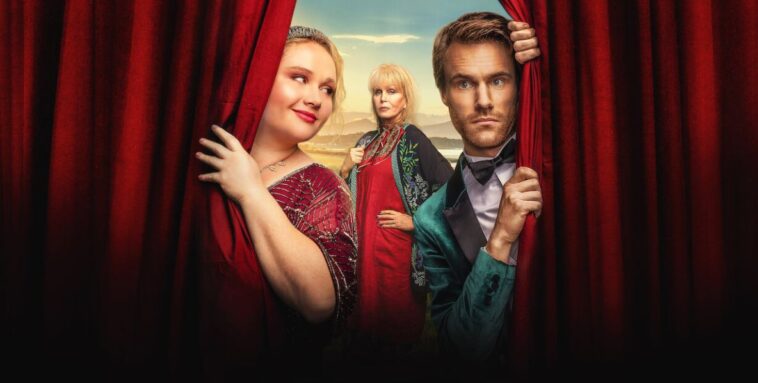 Falling for Figaro is a 2021 romantic comedy movie written and directed by Ben Lewin and produced by Judy Levine and Philip Wade. The movie is available to stream on Hulu and Netflix but is only available in selected regions. If you are here to find out how to watch Falling for Figaro on Netflix from anywhere, just read on.

Danielle Macdonald starrer is about the character she’s playing, Millie Cantwell, who one fine day while taking a shower, realizes that she’s gifted in the vocal department, and in a sudden urge, she abandons everything from her job to her boyfriend and sets out on a journey to become an opera singer. Her search takes her to Scotland to an opera diva, Meghan Geoffrey-Bishop, played by Joanna Lumley with whom she trains endlessly to become the best opera singer in town.

Casting for Falling for Figaro began in October 2019 and in September 2020, the film was screened in the Toronto International Film Festival’s Industry Selects. The movie was scheduled to release the same year but due to COVID-19 pandemic, it was later released in 2021. It’s not on theaters anymore, but you can still stream Falling For Figaro on Netflix and on Hulu in selected regions. Keep reading to know more about those specific regions.

The bad news is Hulu is a region-locked streaming service and Falling for Figaro is on Hulu. If you are residing in Canada or Australia, you cannot access Hulu in your country. But a VPN can bypass this geo-restriction and let you watch your favorite content from anywhere in the world, including this movie.

Follow these steps to watch Falling for Figaro on Hulu from Canada or outside the US:

Read more: How to Warch Sex Appeal on Hulu from outside the US

Note: you need an active Hulu subscription to watch Falling for Figaro on Hulu from Canada or anywhere else.

How to get a Hulu subscription in Canada, Australia, or from Outside the US? Without using an American Payment Method

Due to copyrights and distribution rights, the streaming giant with almost 43.8 million subscribers is restricted to the United States only. It’s the same issue for Canadian viewers who have Crave instead. But the good news is you can get a Hulu subscription in Canada or from any other country by following these simple steps:

Follow these simple steps to watch Falling for Figaro on Netflix from anywhere in the world:

More: Falling for Figaro is on Netflix but only in the UK Netflix library, use a VPN to watch it.

Falling for Figaro on rent

Falling for Figaro is available on rent on the following platforms.

Note: Falling on Figaro is available for rent in the US only. You have to use a VPN before renting it from any of the above-mentioned websites.

At the box office, the movie was able to gross USD 170,048 and was well-received by fans and critics, getting favorable reviews and scoring a 67% on Rotten Tomatoes and 6.3/10 on IMDb. The film was also nominated for the Australian Writers Guild in the category of Feature Film – Original.