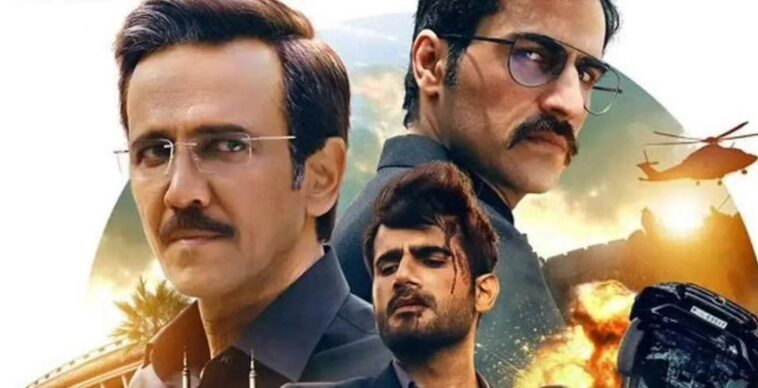 Special Ops is an action espionage thriller series in the Hindi language, broadcasted for Hotstar Specials, that was released on March 17, 2020. The show stars Kay Kay Memon, an agent of the RAW (Research and Analysis Wing), assigned to track the person behind terrorist attacks in the country. This action series was created and directed by Neeraj Pandey and Shivam Neer, the co-director. If you are here to watch Special Ops in the USA then read on.

The idea of this brilliant script was initially conceptualized in 2010, with the show to be aired on Star Plus. While the show did not come on air for some reason, it was later revived by the director in the year 2019. Most of the shooting took place in India, while some parts of the series were also shot in Jordan, Azerbaijan, Turkey, and United Arab Emirates.

The show was a hit among the critics because of its storyline, action, cast, and technical factors, due to which the second season was soon announced by the name Special Ops 1.5: The Himmat Story, which was released on Hotstar in November 2021.

Special Ops is the story of an officer in the research and analysis wing, Himmat Sing (Kay Kay Memon), who analyze several terrorist attacks leading to a single person. Special Ops is available on Hotstar but only in India.

If you are looking to watch Special Ops in the USA then follow these simple steps:

How to Get a Hotstar Account from the United States?

Get Hotstar in USA with an Indian Phone Number

Note: you will need an Indian Phone number to subscribe to the Indian version of Disney+ Hotstar from the United States. You can contact anyone back in India, it can be your friend or relative. If you don’t have anyone trusted in India then you can always use an online Indian phone number to get the verification code.

Yes, the first season of Special Ops is available on Disney+ Hotstar and you can also watch it from the United States.

2- Who is Ikhlaq Khan in Special Ops?

Ikhlaq Khan was the mastermind behind the 2001 parliament bombing. He was the man who was chased by Himmat Singh in this series.

Yes, In Special Ops 1.5 we saw the personal life story of Himmat Singh. HImmat and Saroj were together since their childhood and got married.

Hafiz Ali portrayed by (Sajjad Delafrooz) is actually Ikhlaq Khan, who was hunted by the special investigating officer Himmat Singh.

5- What is the Hotstar VPN error?

This usually happens when Hotstar’s system detected that you are using a VPN service. It will display the Hoptstar VPN detected error on your screen.

Starring some famous Bollywood names like Kay Kay Memon as Himmat Singh, Karan Tacker as Farooq Ali, Gautami Kapoor as Saroj, and Muzammil Ibrahim as Avinash; The story begins with the leading actor Kay Kay Memon (Himmat Singh), the member of the research and Analysis Wing (RAW). He was assigned to find out the people behind terrorism in the country. Thus, he finds some similar patterns leading to a single person responsible for all the attacks. Himmat Singh has a force team of five, living in different parts of the world, helping him catch the mastermind.

With an IMDb rating of 8.8/10, the show was nominated in eight categories and won three; that was the best-supporting actress award to Divya Dutta, best original soundtrack awarded to Advait Nemlekar, and the best editor to Praveen Kathikuloth.

With such a high rating, we have to confess that it is nearly impossible to comment on the tremendous job that the show’s whole cast has done, bringing to life a thrilling and intoxicating ride of calculations and mixed emotions brewing in audiences’ minds. Both seasons of Special Ops can be streamed on Hotstar from the United States with a workable VPN service.