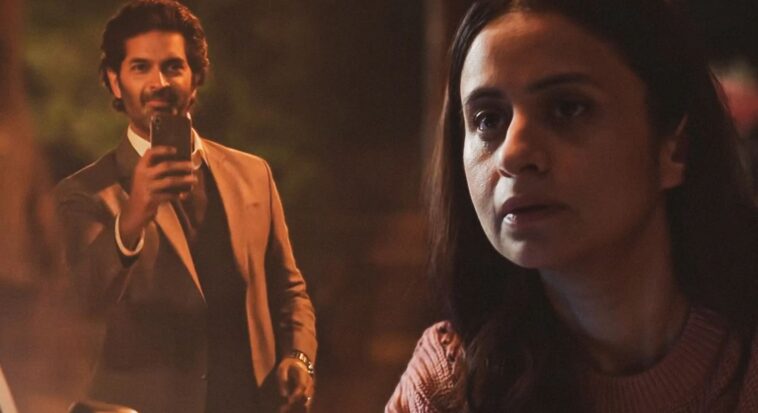 Broadcasted on Hotstar for its label, Hotstar Specials, Out Of Love is an Indian web series with a similar story to that of Mike Bartlett’s Doctor Foster aired on BBC One. Directed by Tigmanshu Dhulia and Aijaz Khan, the storyline of the show is highly engaging that would get you on your toes, thus pulling you in with the casts’ brilliant performances.

There are two seasons of the web series to go through. The first was aired on Hotstar on November 22, 2019, while the second one was premiered in April 2021, with the finale episode aired in May the same year. If you are here to find out where to watch Out Of Love in the US and UK then read on.

Can I Get Disney+ Hotstar Subscription from Outside India?

Getting a Hotstar subscription outside India is no big deal, once you have a workable VPN service you are good to go. Just follow these steps to subscribe to Hotstar from Outside India:

Get Hotstar in UK & USA with an Indian Phone Number

Note: If you are looking to get the Indian version of Hotstar in the US or UK, you will need an Indian phone number to get Hotstar’s subscription.

Out Of Love – Trailer

Out Of Love – Cast And The Plot

The show casts popular Bollywood names Rasika Duggal as Dr Meera Kapoor and Purab Kohli as Akarsh Kapoor in the leading roles. The story revolves around Meera and Akarsh, who are happily married when Meera finds out a hair strand on Akrash’s scarf.

Her curiosity leads her to dig deeper to find out if her husband is having an affair with someone. While looking for the evidence, she gets into making many bad decisions, getting to a point where she must choose between forgetting, forgiving, or simply confronting her partner. However, she discovers that her husband is having an affair with a much young-aged woman Alia (Meenakshi Chaudhary).

Out Of Love – Awards And Ratings

IMDb rates are the show at 7.1/10, while the series stands at 3.3/5 on the NDTV Gadget 360’s rating. Although the series received a great response from the critics and the audiences, it failed to bag any awards. However, the editor of Hindustan Times, Ruchi Kaushal, wrote that the series, despite being a remake of the Western series, adapted remarkably to the Indian setting and called it the actress Rasika’s best work to date.

1- Where to watch Out Of Love in USA and UK?

Both seasons of Out Of Love are available on Hotstar and you can watch the on Disney+ Hotstar from the UK and USA.

2- How many episodes of Out Of Love are there?

There are a total of 10 episodes of this web series. 5 episodes are in the first season of Out Of Love and the other five are in Out Of Love season 02.

There is no date confirmed by Hotstar, but we can speculate that the third season of Out Of Love will release at the start of 2023.

4- Is Out Of Love worth watching?

Overall the series is good to watch for viewers without any high expectations. The performance of Rasika Duggal nailed the character with her outstanding acting skills. If you have not watched the original Doctor Foster then do give Out Of Love a try.

Unfortunately, the answer is no, Out Of Love is exclusively available on Hotstar in India. If you want to watch Hotstar in the USA then use a VPN and watch your favorite Indian content.

6- Can I Watch Hotstar with a Free VPN?

We have tried dozens of free VPN services and they didn’t work. While trying to unblock Hotstar outside India with a free VPN we got the infamous Hotstar VPN detected error, which means Hotstar’s system has detected that we are trying to bypass geo-restricted content and it blocked us. Therefore it is highly advised to use a paid VPN service like ExpressVPN to watch Hotstar from anywhere.

Season one does not show any goodwill for Meera, but to know what exactly happened with her husband, do not forget to watch season 2. The plot twists were more than enough to awaken excitement and curiosity. Both the parts of the series can be watched on Hotstar from USA with a VPN.