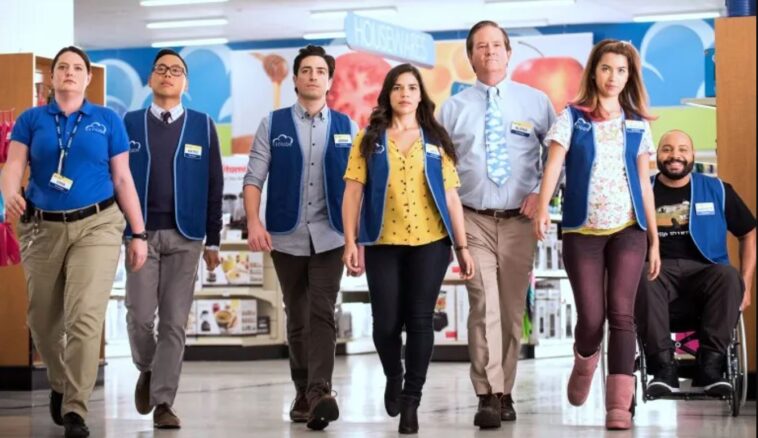 Superstore is an American sitcom that premiered on NBC for the first time on November 30th, 2015. The show was of joint production, and Justin Spitzer created it. The show did not have a substantial star-studded cast, but there were some notable names such as America Ferrera, Ben Feldman, and Lauren Ash. The show completed 2021 its 6th season, and its last episode was aired on March 25th, 2021. If you are here to find out how you can watch Superstore Season 06 on Netflix then read on.

How to watch Superstore Season 06 on Netflix from anywhere

The TV show Superstore is the story of employees working in a superstore by the name of Cloud 9. All seasons of Superstore are on Netflix but in a limited number of regions, if you are located in Australia or Canada then all you need is an active Netflix subscription and you are good to go. But if you want to stream Superstore on Netflix from the United States then follow these steps:

Superstore fans from all around the world keep asking the same question “which country has Superstore on Netflix?”. We have created a list of countries in which you can easily stream Superstore season 06 on Netflix:

Where else can you watch Superstore TV show online?

The superstore TV show is streaming on a number of VOD services, some of them are listed below:

What else can you watch with a VPN on Netflix?

Netflix has a lot to offer to its subscribers that is increasing day by day. Netflix is investing heavily in content development and acquiring copyrights. Here is a list of movies and TV shows you should check out on Netflix:

It follows Emmys (America Ferrera) and her co-workers at Cloud 9, a fictional big-box store that sells almost everything from food to electronics to furniture. The show tackles all kinds of relevant topics, such as gender discrimination and racism, making it a smart and funny watch for people interested in social issues and television fans alike.

The first season of Superstore has had its ups and downs, but overall, it is a hilarious show with great potential. The first season introduced us to several characters at Cloud 9 and helped us see how they interact with each other and customers. It’s great that NBC brought back such a fantastic cast, though some character development would have been excellent. While every character is relatable and amusing in their way, it’s hard not to fall for Amy, who appears to have a heart bigger than her ego.

As one employee points out in season 2, Amy never stops believing that she is always right—even when she isn’t. Even though her intentions are good, Amy can come off as annoying or rude if you get on her wrong side (or if she thinks you’re getting on her wrong side). Nevertheless, it’s easy to see why everyone likes Amy: She genuinely wants to help anyone and everyone with any problem they might be having.

The show was a fan favorite and had an IMDb rating of 7.9 and Rotten Tomatoes rating of 93%, proving it to be one of the best shows in the sitcom genre. The first season of Superstore garnered some pretty high ratings for NBC. The premiere pulled in more than 3.2 million viewers, and its final episode managed to amass more than 3 million (which is no small feat considering it aired on Thursday nights). Averaging around 2.8 million viewers, it ranked at No. 20 among all primetime broadcast shows in 2016, ahead of such hits as Bones, Blindspot, and Life in Pieces.

We have listed every possible way to stream Superstore season 06 on Netflix and online. If you are residing in the United States then employ a VPN service to watch Superstore Season 06 on Netflix. You can also rent the series on Amazon Video, Apple iTunes, Google Play Movies, and other renting stores.