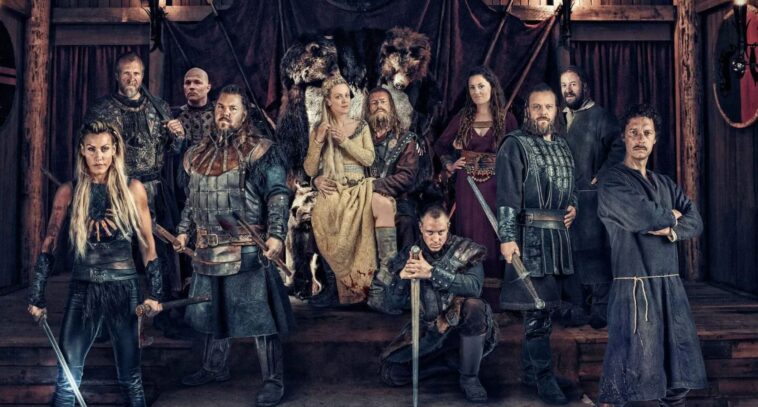 Travel to eighth-century Norway and watch as the legendary Vikings deal with ridiculous first-world problems in Norsemen – a Norwegian comedy series that will have you in stitches during every episode. Widely deemed as a spoof of The Vikings, this hilarious television show presents a perfect blend of hilarity, absurdity, and originality.

Spanning across three seasons, Norsemen first premiered on October 21, 2016, and was soon renewed. The second and third seasons of the popular series were released on November 3, 2017, and February 21, 2020. It was co-created and co-written by Jon Iver Helgaker and Jonas Torgersen.

All episodes of Norsemen are available for streaming on Netflix. Moreover, the series is known as Vikingane on some platforms.

How to watch Norsemen on Netlfix from anywhere

All seasons of Norsemen are available on Netflix in the US, UK, and other regions. If you are unable to find it in your country’s Netflix library then follow these steps to watch Norsemen on Netflix:

The trailer for the final season of Norsemen was released in February 2020. The clip shows the beginning of various stories and relationships that were widely loved by the fans in the previous seasons.

Norsemen is an ensemble comedy that revolves around the Vikings residing in the village of Norheim, Norway, during 790 AD. The series focuses on the villagers and their chieftain struggling to maintain their daily lives while experiencing a myriad of problems, such as social changes and scientific advancements that can potentially alter their lifestyle.

The first season of Norsemen kicks off with the day-to-day shenanigans of the eccentric villagers and their equally weird leader. It utilizes perfectly-timed situational comedy and clever jokes, ranging from charming to gross, to paint a bizarre picture that you will burst out with laughter.

However, as the series progresses, the focus of Norsemen shifts from the daily antics of the Norheim Vikings to their conflicts with the neighboring tribes, resulting in new political rivalries and a whole new set of troubles for those involved. Meanwhile, Season 3 of Norsemen is an extended flashback showing the viewers when and how it all began.

Norsemen is one of the most underrated comedy series on Netflix. It has an approval rating of 87% on Rotten Tomatoes and a rating of 7.7/10 on IMDb based on 18k user reviews.

When it comes to content, Netflix is the best in business. Here is a list of popular movies and TV shows on Netflix you should check out:

Here is a list of cast and characters, appeared in Norsemen:

Norsemen is a spin-off series, telling the story of Vikings living in a village in Norway. The series is streaming on Netflix in almost every country. If you are unable to find it in your Netflix library then employ a VPN and watch Norsemen on Netflix.