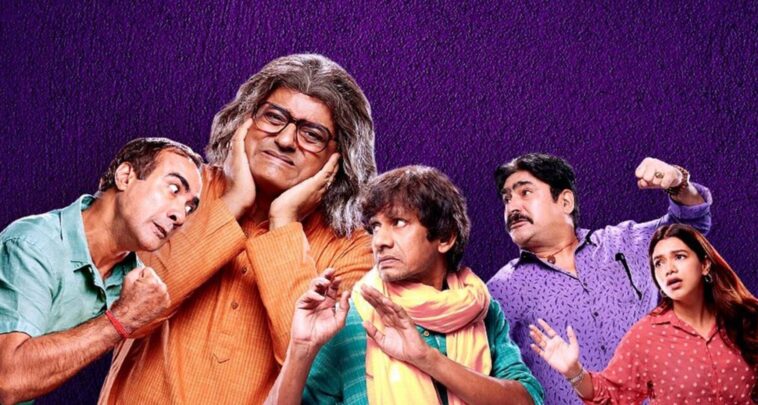 An Indian comedy web series released on Hoststar, PariWar will definitely lighten up your mood with its quirky yet funny dialogues. Shot under the label of Arre Studios, the series was directed by Sagar Ballary, joining hands with multiple famous Bollywood actors to be cast in the show.

The series premiered on September 23, 2020, on Disney+Hotstar not only for Hotstar Specials but also for all non-subscribers as well. The story of the show is centered around a family quarreling over a property inheritance, hiding some secrets behind it.

PariWar is an Indian web series that was released in 2020 on Hotstar, if you are in the United States you won’t be able to stream this comedy series because Hotstar was completely pulled off from the US by Disney. But don’t worry all hope is not lost, follow these steps to watch PariWar in USA:

Can you get a Hotstar account from the US?

Disney+ Hotstar is officially gone from the United States, Disney announced that all programs on Hotstar will be moved to the Disney+ bundle which includes, Disney+, Hulu and ESPN+.

If you still want to get Hotstar in US then follow these steps:

The comedy show follows the story of a family who squabbles over a lucrative piece of land, gathering in their hometown for inheritance purposes. But here is the twist! The inheritance is just a ruse that the family head, who misses his quarrelsome children, has created to reunite his family by solving the petty differences among them. However, the property had already been donated to a theater artist for building shelter homes for widowers.

The show stands at the rate of 6.9/10 on IMDb, 3/5 in Times Of India, and 4.5/10 on Binged. SpotboyE also wrote about the series that it was a must-watch, rib-tickling series and rated it 4/5. LetsOTT wrote that PariWar is a decent watch, with an incredible performance by the cast.

Despite having a brilliant cast, the series has received mixed reviews from the audiences, calling it pretty much dragged in some parts of the show. However, some people absolutely loved it, as being one of the best Indian comedy shows to binge-watch during the Pandemic. To find out which side you are on, watch PariWar on Disney+ Hotstar from the United States.