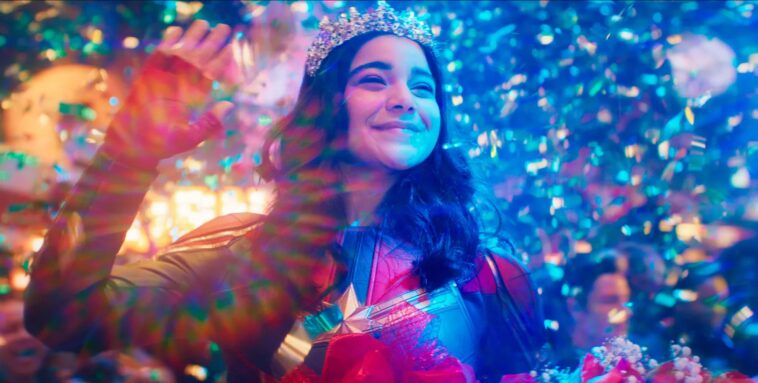 Whether it is television shows or movies, Marvel Studios never disappoints its fans with its outstanding action sequences, spellbinding cinematography, and immersive storylines. The long list of characters in the Marvel Comics has allowed the studio to create some of the biggest pop culture phenomena of all time – and the upcoming Ms. Marvel is not going to be any different. If you are here to find out how you can watch Ms. Marvel on Disney+ outside the US read on.

The highly-anticipated superhero show is heading to Disney+ on June 8, 2022. It will consist of six episodes, thus ending its run on July 13, 2022.

How to watch Ms. Marvel on Disney Plus Outside the United States

Ms. Marvel will premier on Disney Plus on June 8, 2022. If you are outside the US and want to stream Ms. Marvel then here is your guide:

With a workable VPN service, you can cross borders within seconds. The world is virtually at a single click. Here are some TV shows and reality programs you can watch with a VPN:

The official trailer for Ms. Marvel was released on the YouTube channel of Marvel Entertainment on March 15, 2022.  It was followed by another trailer, which aired on May 20, 2022. The trailers show Kamala Khan leading her life as a normal girl before learning how to wield her superhuman abilities.

Deemed the seventh series in the expansive Marvel Cinematic Universe (MCU), Ms. Marvel centers on a 16-year-old Pakistani-American girl named Kamala Khan who lives in Jersey City. Along with being an excellent student and an amazing artist, Khan is also depicted to be an enthusiastic gamer and a passionate fan-fiction writer with a particular fondness for superheroes, especially Captain Marvel.

However, despite being a bright young girl, Khan has a hard time fitting in at home and school. Soon, she gains the ability to manifest energy, which puts her in the same league as the superheroes she has always idolized.

Ms. Marvel is going to be a part of MCU’s fourth phase and act as a prequel to the upcoming movie titled The Marvels, which is slated to release in 2023.

Ms. Marvel is projected to become a highly popular series available for streaming on Disney+. Since it is yet to premiere, there are no ratings currently available for the superhero drama. However, its official trailer has received over 20M views on YouTube so far.