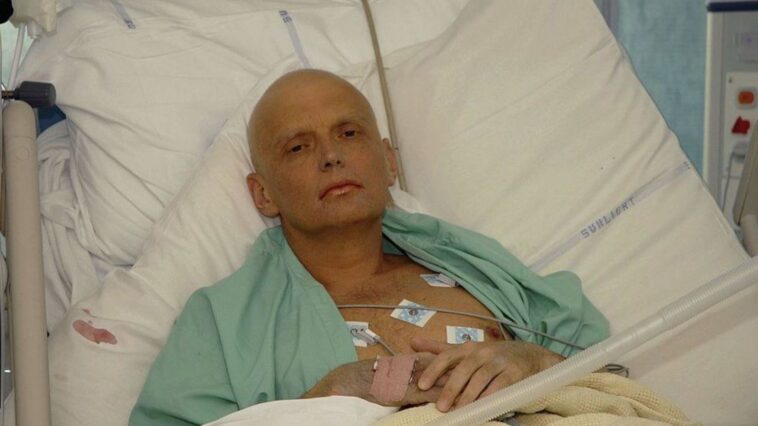 Doctor Who star David Tenant is returning to your television screens with yet another iconic role in Litvinenko – a British drama series revolving around the poisoning of former Russian Federal Security Service Officer Alexander Litvinenko in the United Kingdom. The show is heading to ITV on December 15, 2022, and consists of four episodes.

Written by George Kay and directed by Jim Field Smith, the show features Tenant in the titular role. Meanwhile, Margarita Levieva takes on the character of Marina Litvinenko – the wife of the Russian defector who fought tirelessly to bring the culprits to justice. Here is how to watch Litvinenko in Canada for free.

How to watch Litvinenko in Canada for free

Litvinenko is an upcoming tv show which will stream exclusively on ITV in the United Kingdom. No streaming service in Canada has announced its release date locally however, we are expecting Litvinenko to get released on Prime Video.

If you are wondering where to watch Litvinenko in Canada, watch it on ITV with an ExpressVPN subscription. You will need ExpressVPN to unblock ITV from Canada and stream Litvinenko. Follow these steps:

Litvinenko is based on the real-life story of a former Russian Federal Security Services and KGB officer. The series is divided into four parts and is heading to ITX in the UK. ITX is the new premium streaming service by ITV and is set to launch on Thursday, December 8, 2022. A Spy Among Friends will be the first series on the new streaming platform.

The trainer for this British series has not been released yet. We will update this blog once the official trailer hits YouTube.

In 2006, Alexander Litvinenko made international headlines after he was poisoned under highly suspicious circumstances. Since he used to work for the KGB before defecting to the UK and working alongside British and Spanish intelligence agencies, it was widely believed that the attack on him was carried out at the behest of the Russian government.

A Closer Look at the Death of Alexander Litvinenko

The mini-series will provide an in-depth look into the poisoning of the famous ex-Russian agent. Litvinenko was poisoned on November 1, 2006, and he remained under intensive care for the following weeks before passing away on November 23. He died from exposure to a highly toxic radioactive substance, thus becoming the first confirmed casualty of Polonium 210.

Litvinenko’s poisoning and eventual death received international coverage due to the victim’s allegations and accusations. The former KGB officer, who had been ordered to kill a Russian businessman in 1998 by the Kremlin, publicly blamed Russian President Vladimir Putin for the assassination attempt. In his last days, as Litvinenko waited for his death, he shared a treasure trove of information with the Metropolitan Police in hopes that his attacker would face the music for their crimes.

Tracking Down the Attackers

The information provided by Litvinenko helped the authorities arrest two Russians for poisoning the former agent. After his death, Scotland Yard started a murder investigation that drew the attention of the entire world. It also prompted discourse on Moscow’s tactics to silence its critics and defectors.

The Struggles of Marina Litvinenko

The ITV series will also focus on Marina and her decade-long struggle to bring the murderers to the forefront. She fought bravely and with dignity, asking the British government to publicly announce the names of those involved in her husband’s murder. She also wanted the UK authorities to publicly concede that the Kremlin was responsible for the atrocity committed against her husband.

David Tennant is a Scottish actor best know for his lead role in Doctor Who. He has also voiced the character of Spitelout / Ivar the Witless in How to Train Your Dragon: The Hidden World.

The incredible trailer for Litvinenko, which shows a bald Tenant lying on the hospital bed accusing Putin of his murder, is a testament to how brilliant this series will be. If you are a fan of true-crime docuseries or adore Tenant for his acting capability, you cannot miss out on this fantastic drama series heading to ITV this December.

We have tested ExpressVPN to watch Love Island UK on ITV from Canada, and it worked perfectly. Therefore we highly recommend ExpressVPN to all our readers.