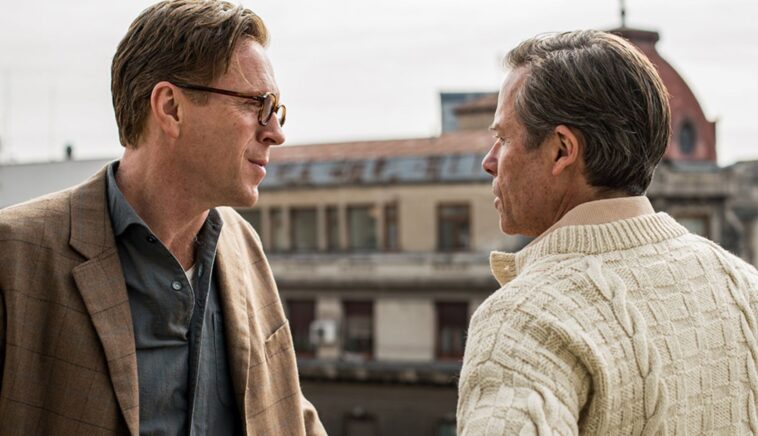 Set against the backdrop of the early 1960s, A Spy Among Friends is an upcoming thriller series that dramatizes the life-long friendship between two highly skilled spies in the middle of the Cold War. The upcoming show is based on a true story and adapted from a New York Times best-seller of the same name by author Ben Macintyre. It consists of six episodes and is heading to ITV on December 8, 2022.

Directed by Nick Murphy and written by Alex Cary, A Spy Among Friends stars award-winning actors Damian Lewis and Guy Pearce as Nicholas Elliot and Kim Philby, respectively. Most parts of the show were filmed in London and Romania, which perfectly aligns with the source material. Here is everything you should know about the much-awaited espionage drama, and if you are wondering where to watch A Spy Among Friends in Canada for free, read this guide to the last.

How to watch A Spy Among Friends in Canada for free

Get an ExpressVPN subscription to change your IP address to access ITV from Canada or the US. Follow these steps to watch A Spy Among Friends in Canada & USA for free:

A Spy Among Friends- Release Date

A Spy Among Friends- Trailer

A Spy Among Friends- Plot

Nicholas Elliot and Kim Philby have been friends for most of their lives. They are also two of the most elite spies working for MI6, the British intelligence agency. However, trusts get broken, and loyalties get questioned when Nicholas finds out that Kim has not only defected to the Soviet Union but has also been covertly operating as a double agent for KGB.

Exploring the Life of a Notorious Defected

Kim Philby is one of the most infamous British spies who changed sides at a critical moment in history. His disloyalty not only shocked his colleagues and friends, but it was also a significant loss for the MI6 and, by extension, American intelligence. A Spy Among Friends will take a closer look at the deceit that came to light at the height of the Cold War and subsequently made Kim the most well-known double agent in history.

The Unique Friendship Between Two Spies

Nicholas and Kim shared a long journey and experienced many milestones together during the course of their 23-year friendship. Yet, when one switched to the other side, the other was caught unaware. According to Lewis, who has also executive produced the series, A Spy Among Friends will examine the friendship that resulted in an intimate betrayal and eventually caused thousands of deaths.

The first episode of A Spy Among Friends will center on Mrs. Lily Thomas from MI5 questioning Nicholas following the unexpected yet eventful departure of his friend, Kim. The story picks up as the double agent has already left for Russia, leaving his superiors in British intelligence to wonder if his closest companion was somehow involved in his escape. His loyalty to the country is also questioned, as is his bond with the escaped spy.

A Spy Among Friends- Cast

Damian Lewis is playing the lead role in A Spy Among Friends. Damian is best known for his roles in hit series like Homeland, Once Upon Time in Hollywood, Band of Brothers, and Billions. He married the Harry Potter and Peaky Blinders star ” Helen McCrory,” who died in 2021 due to cancer.

We will also see Monika Gossmann playing the role of Galina in the series. Monika is a skilled actress who recently appeared in The Staircase.

Damian Lewis portrays the role of Nicholas Elliot and is co-stared by Guy Pearce. Pearce is best known for his role in Iron Man 3, Momento, and L.A. Confidential.

If you are fond of cold war dramas or enjoy British espionage series set in the 50s or 60s, you should make sure to check out A Spy Among Friends on ITV this December. This spy thriller paints an accurate picture of the realities of that tumultuous era and showcases the harsh realities of being a spy for your country.