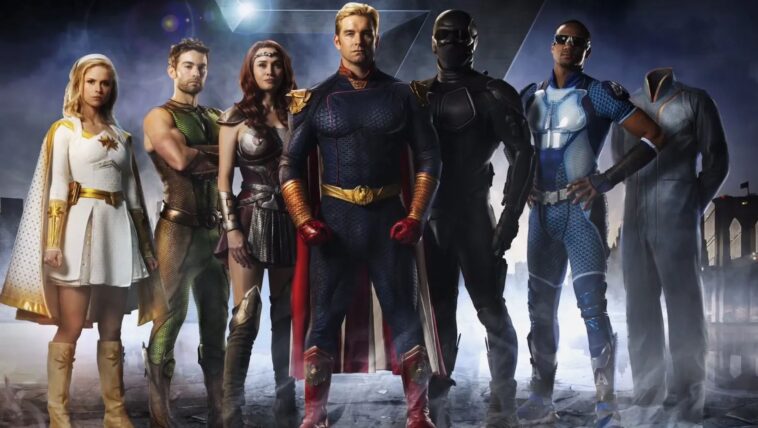 The dark humor and witty one-liners combined with graphic violence and bizarre storylines have made The Boys one of the best superhero shows. Based on the DC Comics series of the same name, this crime drama flawlessly merges elements of satire and action to create a binge-worthy experience.

Written by Eric Kripke, The Boys premiered on Amazon Prime on July 16, 2019. The show turned out to be an instant hit and was immediately renewed. Thus, season 2 of the television series debuted on September 4, 2020. Meanwhile, The Boys Season 3 is heading to the streaming platform on June 3, 2022.

With a VPN you can watch anything and even travel borders with a single click. You can watch all the movies and TV shows that are restricted in your region. Watch Love Island online, Stream Harry Potter Movies on Netflix, Watch the Real Housewives of Dubai and the list goes on.

The YouTube channel of Prime Video aired the official trailer for The Boys Season 3 on May 16, 2022. The clip starts with Homelander going off the rails while playing the hero in front of the media before showing Billy struggling with the loss of his wife.

The Boys revolves around a team of vigilantes who have dedicated their lives to fighting those who abuse their superpowers. The group often faces off against The Seven, which is a team of superheroes who work under a conglomerate. While not all superheroes featured in the show are vile and corrupt, many of them are shown to be far from heroic.

Season 2 of The Boys had a rather explosive ending (no pun intended) that changed the entire trajectory of the television series. In the new season, the vigilantes are no longer in hiding after defeating Homelander, who is still alive in the Vought Tower. However, despite their victory over the villainous superhero, some members are experiencing mental health issues stemming from the traumatic events of the past season.

The fight between the group and Homelander will continue in the upcoming season, with Billy Butcher using a dangerous chemical to gain superhuman powers for a day and get rid of his nemesis for good.

The Boys season 3- Release and Reception

The Boys has an IMDb rating of 8.7/10 based on 366k user reviews. The superhero series also has an approval rating of 91% on Rotten Tomatoes.

If you are into superhero stuff then you will love this series, watch The Boys season 3 on Prime Video. The previous two seasons of The Boys are also available on Prime Video, if you are traveling outside the US then use a VPN to steam The Boys on Prime.