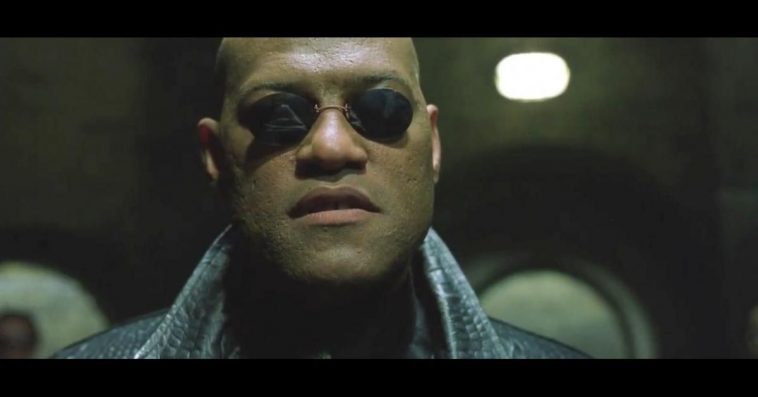 The latest teaser clip of the hotly anticipated The Matrix Resurrections has a double dose of Morpheus as Laurence Fishburne’s portrayal of the character makes an appearance and his notable absence in the latest film is sort of explained.

So this could be a news bigger than Tobey Maguire and Andrew Garfield in Spider-Man No Way Home. A new 1-minute footage has surfaced by the name of “The Matrix Resurrections – The Game Awards Clip” (via The Game Awards) and it shows Reeves (Neo) and Henwick (Bugs) making their way to Tokyo through a portal. There, they see the new Morpheus (played by Yahya Abdul Mateen II) who says “It’s all about set and setting,” to comfort Neo.

Nothing special, right? Well, two things. 1, Neo doesn’t need a landline to travel anymore and 2, as they’re making their way into the room, and the new Morpheus is saying “It’s all about set and setting,” we see Laurence Fishburne’s Morpheus on the wall, and not just for a split second. Abdul-Mateen’s Morpheus further strengthens it by saying, “Nothing comforts anxiety like a little nostalgia.”

The movie here is directly acknowledging Fishburne while Yahya Abdul-Mateen II is still on the screen. Abdul-Mateen’s Morpheus seems to look like a younger, alternate version of the original Morpheus.

So maybe there’s still hope for the real deal being present in the movie. See the actual clip here: