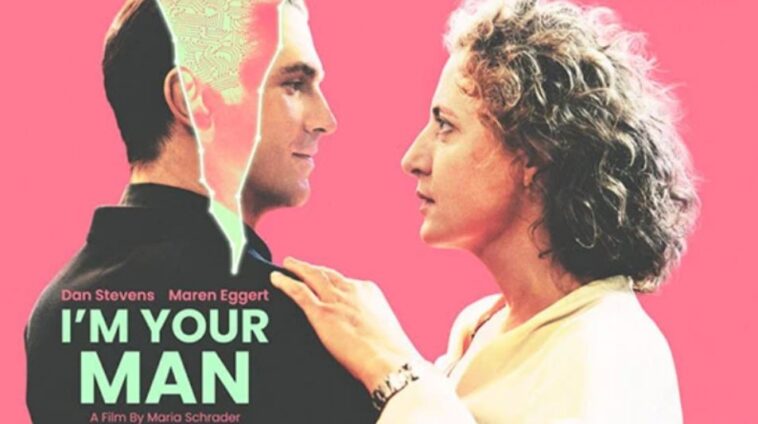 I’m Your Man is a Sci-fi romance from 2021 written and directed by Maria Schrader. The movie is original of German origin and is titled Ich bin Dein Mensch.

The movie focuses on Maren Eggert as Alma, who plays the role of an Archelogist. Apart from Maren Eggert, the film also stars Dan Stevens as Tom, Hans Löw as Julian, Wolfgang Hübsch as Father Felser, Annika Meier as Cora, Falilou Seck as Dean Roger, Jürgen Tarrach as Dr. Stuber, Henriette Richter-Röhl as Steffi, Monika Oschek as Woman in Coffee Shop, and  Sandra Hüller as Employee.

Synopsis for the flick revolves around a German archeologist, Alma Felser, who is promised to get funds for her ongoing research if she successfully participates in a study where she must live with an android, an anthropomorphic humanoid robot, for three weeks as her partner.

Read more: How to Warch Sex Appeal on Hulu in Canada 2022

How to get a Hulu subscription in Canada, Australia, or from Outside the US? Without using an American Payment Method

Due to copyrights and distribution rights, the streaming giant with almost 43.8 million subscribers is restricted to the United States only. It’s the same issue for Canadian viewers who have Crave instead. But the good news is you can get a Hulu subscription in Canada or from any other country by following these simple steps:

The movie dates back to March 2021 and originally premiered at 71st Berlin International Film Festival. After that, the movie made it to theaters and ended up grossing USD 501,700. Although the gross amount doesn’t seem much, the movie received a lot of praise for its concept and writing, getting positive reviews from every major review site. Metacritic rated the movie 78%, while IMDb gave it 7.1 out of 10. It was best rated by Rotten Tomatoes where it scored 96% based on 136 votes as of this writing. Roger Ebert has assigned a score of 3 stars out of 4 and called it a flick  that “defies its set-up as a familiar, quirky rom-com to become something deeper and more poignant about the human condition.”

I’m Your Man was originally released on 24th September 2021 and is now on Hulu. If you are in the US you can stream the movie right now. But if you are outside the US like in Canada or the UK, a VPN will assist in streaming the movie in your country.