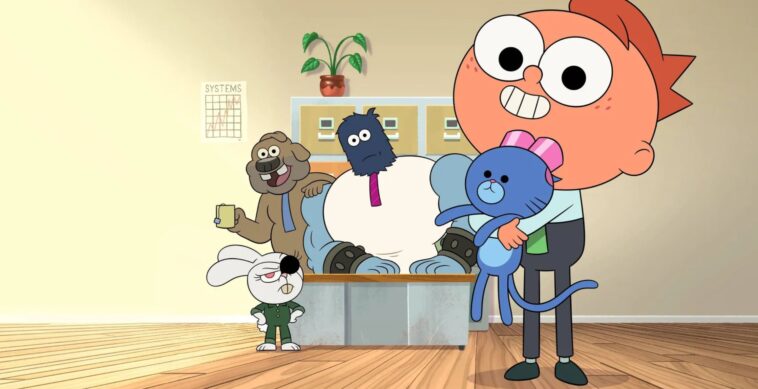 Embark on a fun-filled adventure with Tiggy and his cat Gweeseek in Tig n’ Seek Season 4, the latest installment of the popular animated series that aspires to teach its young viewers how to overcome obstacles by putting their minds to use. Though the comedy-adventure series is produced by Cartoon Network Studios, it airs on HBO Max and if you are here wondering where to watch Tig n’ Seek Season 4 in Canada then read on.

Tig n’ Seek is developed by Myke Chilian, who has previously worked on Rick and Morty as well as Uncle Grandpa. The first season of the cartoon show aired on HBO Max on July 23, 2020, while the second season premiered on March 11, 2021. The third season of Tig n’ Seek hit the airwaves on September 16, 2021, whereas season 4 is heading to the streaming platform on May 26, 2022.

The fourth season of Tig n’ Seek is set to premiere on HBO Max exclusively in the United States, if you are living in the US then all you need is an active HBO Max subscription and you are all set.

If you are residing in Canada or anywhere else outside the US and want to stream Tig n’ Seek Season 4 on HBO then follow the steps:

Can you get an HBO Max Subscription from Canada?

The YouTube channel of HBO Max has shared several video clips of Tig n’ Seek since the conclusion of the third season. However, the young fans of the show are still waiting to watch the official trailer for the upcoming season.

Tig n’ Seek revolves around the titular characters of eight-year-old Tiggy and his gadget-building cat named Gweeseek. The duo uses creative and thoughtful ways to investigate and find the missing items belonging to the Wee Gee City. The series focuses on the day-to-day challenges faced by the mystery-solving pair as they work together to resolve the latest cases at the Division of Lost and Found.

Tiggy is shown to have an upbeat personality, while Gweeseek wows the viewers with remarkable inventive abilities. The main cast of Tig n’ Seek features the vocal talents of Myke Chilian as Tiggy, Rich Fulcher as Boss, Kari Wahlgren as Gweeseek, Wanda Sykes as Nuritza, and Vatche Panos as Prangle Penguin.

Tig n’ Seek is one of the most popular animated shows on HBO Max with an IMDb rating of 7.4/10 based on 93 user reviews.

When it comes to movies and TV shows, HBO is developing the best content in the United States. Here are some honorable picks you should check out in 2022:

If you are into the anime genre then this show is for you. Watch Tig n’ Seek Season 04 on HBO Max from Canada with a workable VPN like ExpressVPN. All the previous seasons and episodes of this series are also available on HBO Max if you are thinking to catch up on them.