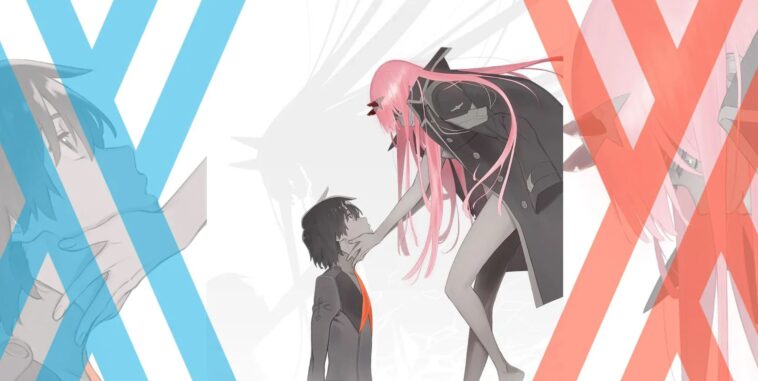 Darling in the Franxx is a Japanese animated series with a single-season having 24 episodes. The series lies in the romantic and science fiction genre. It was released in 2018 and aired from January to July.

This series was created by Code:000, published by Shueisha, and produced by the anime studios: A-1 Pictures, Trigger, and Cloverworks. Asami Tachibana gave music. This series’s English network and publisher were SEA Aniplus Asia and NA Seven Seas Entertainment. If you are here to find out where to watch Darling in the Franxx then read on.

How to watch Darling in the Franxx on Funimation?

Where to watch Darling in the Franxx online

Darling in the Franxx- Trailer

The series was announced at the studio Trigger’s Anime Expo in July 2017. It is a series set in a dystopian time where artificially created children are made to fight the monsters to defend their civilization through Franxx.

Darling in the Franxx- Plot

The story of Darling in the Franxx is set in the future when humanity has been ruined and is at war with giant beasts called Klaxosaurs. There are artificially created children called parasites who pilot giant robots known as Franxx to help them fight against their monster enemy Klaxosaurs. The children are paired together with one boy and one girl pair.

The focus is on a squad of children, squad 13, with the main character Hiro, a former prodigy, paired with zero, a sub-human and elite pilot who defend humanity together through piloting the Franxx.

Darling in the Franxx- Release, and reception

The first episode of this series was released on January 13, 2018. The reception of this series was both pretty good and bad at the same time. Fans were excited and enjoyed the series, while there were also many critical reviews blaming it for the slow pace and sometimes rushed character development.

With ExpressVPN you can unblock American Netflix in Canada and watch some of the best movies and TV shows online. Some of them are listed below:

You will need to unblock the regional block to watch Darling in the Franxx on Funimation from outside the US.