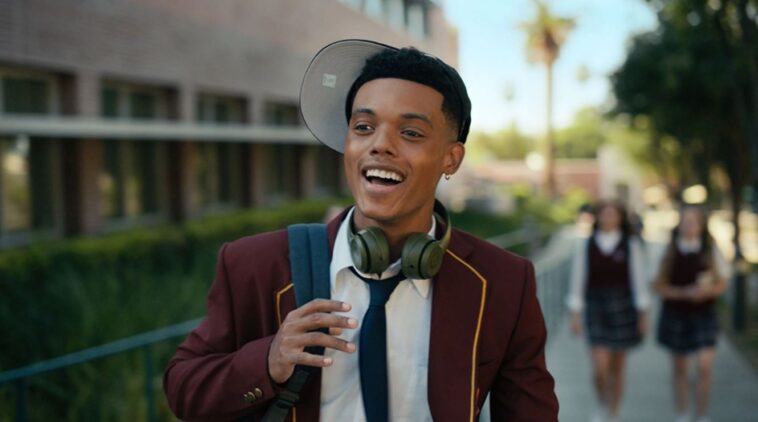 Bel-Air is a 2022 TV series by Will Smith and Morgan Cooper that re-imagines and retells the events of the original 1990’s TV sitcom, The Fresh Prince of Bel-Air – the show that boosted Will Smith’s career to stardom.

In 2019, Will Smith initially showed interest in Morgan Cooper’s mock trailer by the name of Bel-Air which told things in a more serious narrative. Will expressed his interest in the project and on August 11, 2020, the series was officially announced, and by September 2020, Peacock had the rights and issued a two-season order for the series. The series’ first season will premiere on February 13, 2022, on Peacock.

Bel-Air is a reboot of the 1990’s original sitcom, The Fresh Prince of Bel-Air, which follows the life of a street-smart youngster, Will Smith, a fictionalized version of the real-life Will Smith, who, after getting involved in a street fight with the neighborhood bullies from the rough streets of Philadelphia, gets sent to a town named Bel-Air in LA, California. The show that started it all had a funny take on everything but the new one is going to be more of a drama than a sitcom.

If you are in the United States, you can easily watch Bel-Air on Peacock, but if not, we have a perfect solution for you. You can watch Bel-Air in Canada via Peacock TV with the help of a VPN, this is due to geo-restrictions that have plagued the internet. But don’t worry, just follow these simple steps to unblock Peacock in Canada:

Note: Bel-Air is a Peacock Original and can only be streamed on a Peacock Premium subscription which costs $4.99/month.

As the pilot is yet to air, there’s no news on the awards won by the show or how the critics or fans have found the show. But as more development occurs, we will be sure to keep you updated. So keep visiting this page to know more about how to stream it on different platforms alongside Hulu and how well the show has been doing.

Frequently Asked Questions to watch Bel-Air on Peacock in Canada

1- Where can I watch Bel-Air in Canada, Australia, and the UK?

3- How many episodes of Bel-Air are there?

4- What else can I Watch on Peacock TV from Canada?

Read more: How to watch Rick and Morty season 5 on Hulu from Canada

If you are looking for a solution to watch Bel-Air in Canada, this blog, hopefully, should have answered your questions by now. You can watch Bel-Air on Peacock in Canada with a VPN. There are a number of TV shows, Sports, and movies available with Peacock Premium which you can watch later.