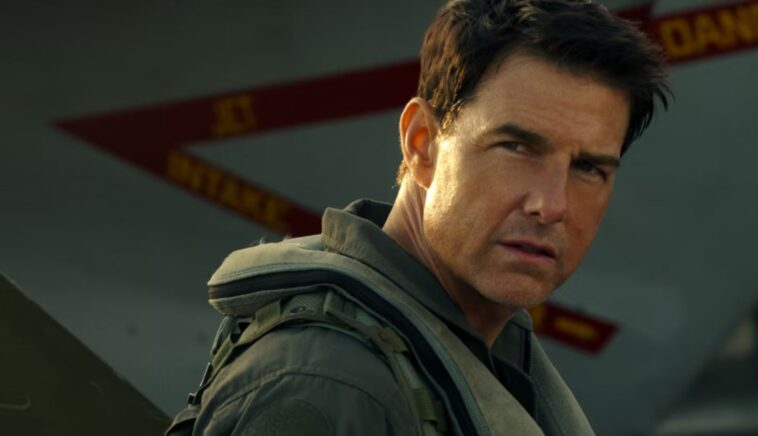 Top Gun: Maverick is about to hit the 1 Billion mark at the worldwide box office, making it a victorious movie of the year. Maverick has left all contrast movies of the year behind with fast progress.

Top Gun: Maverick, which was released in U.S theatres on 24th May, is the sequel to Top Gun 1986. It’s the fifth Paramount theatrical release for 2022. The background of the movie is

After more than 30 years of service as one of the Navy’s top aviators, Pete “Maverick” Mitchell (Tom Cruise) is where he belongs, pushing the envelope as a courageous test pilot and dodging the advancement in rank that would ground him. Training a detachment of graduates for a special assignment, Maverick must confront the ghosts of his past and his deepest fears, culminating in a mission that demands the ultimate sacrifice from those who choose to fly it.”

The movie has achieved the third big opening after “Spiderman no way home and Doctor strange in Multiverse of Madness” and is the highest-grossing film for Tom Cruise in over 40 years of his career.

An approximate $30.1 million gain will make the movie the second-biggest fifth weekend in domestic box office history beside Titanic ($30 million) and Avatar ($42 million).

As streaming the movie on platforms has not yet been decided, you can watch Top Gun: Maverick in theatres for a great experience.