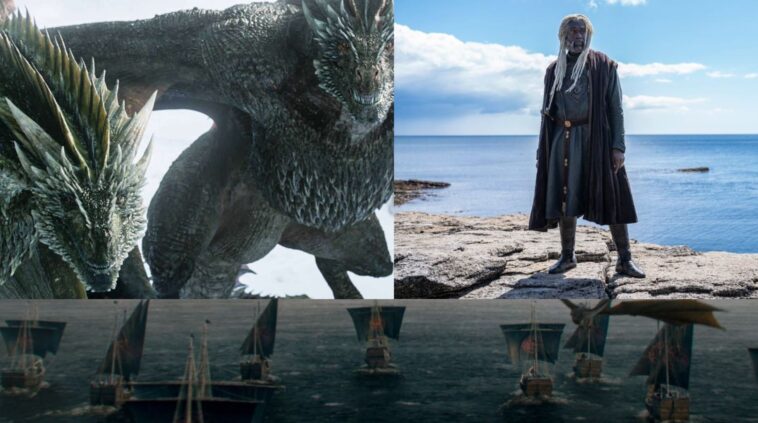 The famous T.V show of the 21st century “Game of Thrones” started losing its quality and fans with a disappointing climax in season 8. This visualized show’s downfall for viewers but was contradictory for a lot of fans. Therefore HBO decided to create several spinoffs all originating from the Game of Thrones universe.

The series’ author George R.R Martin is often considered modern J.R.R Tolkien due to his phantasm-filled work. The series portrays nine noble families’ war against each other to gain control over the land of Westeros. The HBO acknowledgment was a glance at Westeros’ world versatility, hiding yet many more stories to tell.

Currently, the sequels are in the development stage largely depending upon the success of the next prequel “House of Dragons. However, it won’t be easy to earn the lost GOT fans who are still mad due to season 8. An extraordinary comeback can mend the edges which require a good storyline, for which HBO has enough options as plenty of sequels got canceled in the past even after shooting completion which coasted HBO 30 million.

Recently, a sequel named Kit Harington related to Jon Snow (king of the north) developed by HBO, got leaked causing colossal excitement all over the internet proving the fan craze over GOT. So now that we have a versatile amount of spinoffs let’s see how we still have the room to light the days.

10,000 ships are the new working title of the sequel as Martin himself confirmed that the title of the series is named after their military move with Amanda Segel as their showrunner and writer for the series.

Before the Targaryens conquered the land of Westeros, Rhoynish Princess Nymeria on NY Sar gathered the leftovers of her people, boarded ten thousand ships, and fled to the east (Essos)after getting defeated by the dragonlords of Valyria. later, arriving in Dorne she ordered all 10,000 ships to be burnt to a crisp so that no one dare to escape back home along with fully embracing Dorne as their abode by allying with House Martell.

Earlier titled series, Nine Voyages and The Sea Snake is reportedly the greatest along with the development among all the rumored Game of Thrones spinoffs(except The House of Dragons).,Bruno Heller has been chosen to write the pilot script of the show. Furthermore, The Sea Snake is a nickname given to Lord Corlys Velaryon that is one of the most cherished characters from author’s Fire and Blood (one of the prequels of GOT) and the greatest seafarer ever witnessed by Westeros who would later achieve plenty of titles, master of the Driftmark, Lord of the tides, Hand of the Queen Rhaenyra Targaryen and regent to King Aegon |||.

One of the most demanded by fans of all game of thrones sequels, Tales of Dunk and Eggs is a series of novellas by Martin that portrays the story 90 years before the game of thrones affair. This prequel is run by Steve Conrad in which adventures of knight Ser Duncan with his squire(egg) that will go on to become King Aegon v Targaryen. however, the series name is decided to be A Knight of the Seven Kingdoms with the adaptation of Martin’s first novel, The Hedge Knight.

The newly released spinoff surprised the viewers by including one of the dearest characters, John Snow. This news got leaked mistakenly however also got confirmed through co-actor Emilia Clarke and the author himself. They concluded this as Kit Harington’s idea for which he picked writers and showstoppers himself naming the working title of the sequel to be “snow”. Although this shall be the sequel that will uncover many secrets that hide under the snow in the north and might show the return of Brienne, which makes it an awaited sequel.

Manifesting the versatility, HBO is working on three Animated Game Of Thrones versions as well, from which one sequel’s name is revealed to be The Golden Empire which displays the continent of Essos and its large area and rich cultures on a deeper level. For this sequel, Martin has assigned a young writer for elaborating the story with fresher thoughts.

Another demanded prequel of Game of Thrones about King Robert Baratheon(Ruler of 7 kingdoms) and the war of Usurper by Targaryen loyalists, which will be released near 2023. It will feature the historic