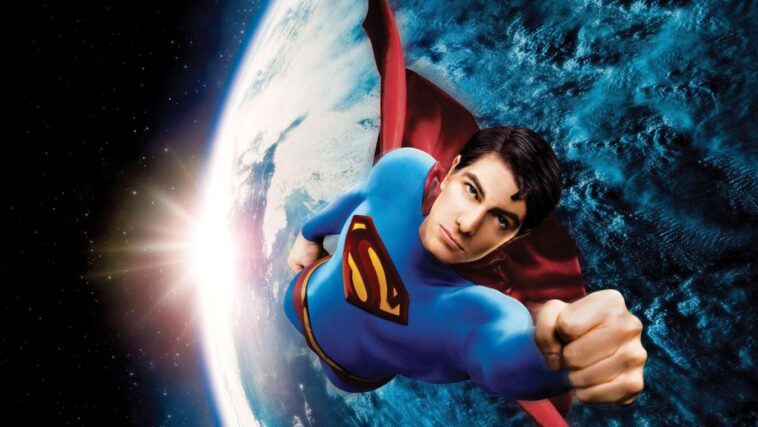 Superman Returns is a 2006 superhero, action, adventure movie that is often considered as the sixth and final installment of the 1978 Christopher Reeve Superman franchise. The movie ignores the events of every installment after Superman II tells the story of Superman’s return and him trying to adjust in the same society that once considered him a hero.

Bryan Singer, the screenwriter, producer, and director of Superman Returns, who was also the key person behind 2000s X-Men movies, got the idea for a Superman Sequel in 2003 while shooting for X-2 and he soon pitched that idea to Lauren Shuler Donner and Richard Donner about the movie which was met with a welcome response. The shooting for the movie started once the draft for the movie was finalized in 2005 and it was eventually released on June 28, 2006, across the US after an LA premiere on June 21, 2006.

Not all the cast of the movie was AAA, but some names like Kevin Spacey really did add to the star power. The movie stars Brandon Routh as the titular character, Superman. Routh was cast because of his similarity in looks with Christopher Reeve. Also starring in the movie are Kate Bosworth as Lois Lane, Kevin Spacey as Lex Luthor, James Marsden as Richard White, Parker Posey as Kitty Kowalski, Eva Marie Saint as Martha Kent, Marlon Brando as Jor-El, Frank Langella as Perry White, and Sam Huntington as Jimmy Olsen.

Read more: How to watch The Dark Knight Rises on Netflix from the US

The plot revolves around Superman, returning to Earth after a long 5-year hiatus following the events of Superman II, only to find out that everyone he ever knew and loved has moved on, including the love of his life, Lois Lane. Even society has adapted to a life without depending on the caped superhero. Superman now has to readjust and reconnect with the people he knew and try to make a place for himself in a world that might have no apparent need of him, while in the meantime, Luthor, his arch-nemesis, is planning something diabolical.

If you are located in the US or in the UK, you won’t be able to stream Superman Returns on Netflix. That is because of the distribution rights of the movie which have been given to HBO Max in the US and Virgin TV GO in the UK. But don’t worry at all, we have a solution for you.

Following are the countries streaming Superman Returns on Netflix in 2022:

If you don’t have a Netflix subscription at the moment, rent the movie on the following platforms:

Superman Returns is streaming on Prime Videos but not in the US or the UK. As per our research, it is only streaming in India. If you want to watch Superman returns on Prime follow these steps.

Read more: How to Watch The Lord of the Rings on Netflix US

With ExpressVPN you can watch thousands of movies and TV shows which are not available in your country. It works with other OTT services like Disney + and HBO Max.

Superman Returns was made with a gross budget of USD 223 million and a net of USD 204 million. Given the budget, it was only able to gross USD 391.1 million. The movie’s run was pretty average compared to its high grossing in the early days of its release. However, It was well received by most of the critics as is evident from the scores with Rotten Tomatoes giving the movie a score of 75%, IMDb rating it 6/10, and Common Sense Media rating it 4/5.

Read more: How to Watch The Matrix [All Parts] on Netflix US

Superman returns is streaming on Netflix and you can watch it from the US or anywhere in the world with the help of a VPN. ExpressVPN is recommended by us because of its speed with Netflix and the number of servers around the world. You can also use ExpressVPN for Prime Videos and stream Superman Returns on Amazon Prime. If you don’t have an active Netflix or Prime account rent the movie from Apple iTunes or Vudu at your convenience.