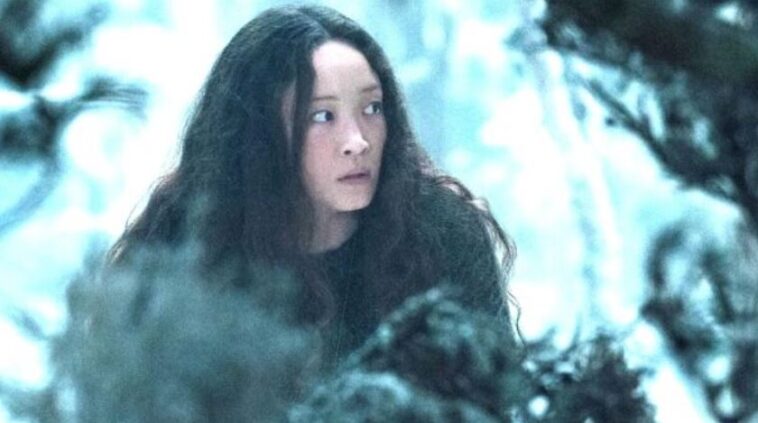 No Exit is an upcoming thriller stated for a release on Hulu on 25th February 2022. The movie has been produced by 20th Century Studios and Directed by Damien Power and is based on a novel by Taylor Adams having the same name.

The project picked up the pace after October 2017 when 20th Century Studios gained exclusive feature rights for the original novel and by March 2019, Damien Power was finalized as the director for the movie. By June 29, 2021, the movie had finished filming and production.

The movie was initially planned to be a theatrical release but now, it’s going to be released on Video on Demand streaming platforms including Hulu in the US, Disney+ outside the US, Disney+ Hotstar in the Indian and Southeast Asian markets.

The thriller “No Exit” which is based on a novel, can be streamed on Hulu from outside the US. Luckily, if you are residing in the US, you can watch No Exit on Hulu on its release date, but if you are not in the United States you can watch the movie on Disney Plus with the Star addon.

Note: No Exit will be streaming on Hulu on 25th February 2022 and you can watch it with a VPN and a Hulu subscription.

Read more: How to watch Dollface season 2 on Hulu in Canada

How to get a Hulu subscription in Canada or from Outside the US? | Without using an American Payment Method

Due to copyrights and distribution rights, the streaming giant with almost 43.8 million subscribers is restricted to the United States only. Same is the case for Canadian streamers who have Crave as their savior. But the good news is you can get a Hulu subscription in Canada or from any other country by following these simple steps:

Can I watch No Exit on Disney+?

The answer is yes, you can watch No Exit on Disney+ but in the United States. Since No Exit is coming exclusively to Hulu in the US, means Disney Plus subscribers in the US won’t get the title in their library.

But don’t worry we have a solution for this, Follow these simple steps to watch No Exit on Disney Plus from the US or anywhere in the world.

Read more: How to watch Bel-Air on Peacock from Outside the US

Since the movie hasn’t been released yet, there is no word on the awards and the reception by critics. But as soon as the movie releases on Hulu on 25th February, we will soon be able to update the post with the opinions of critics and the fans so be sure to keep checking this page.

The movie stars Havana Rose Liu in the main role, portraying the character of Darby Thorne, a lady who learns of a family emergency and is trying to make it there. However, on her way, she gets stuck in a blizzard and must now rely on total strangers to help her get out of this anxious situation.

Aside from No Exit, there are a number of movies and TV shows streaming on Hulu and Disney+ and you can watch all of them from Canada with a VPN. Some shows that are exclusively on Hulu are Attack on Titans season 04, Rick and Morty Season 05, Pam and Tommy (Hulu Original), and more.