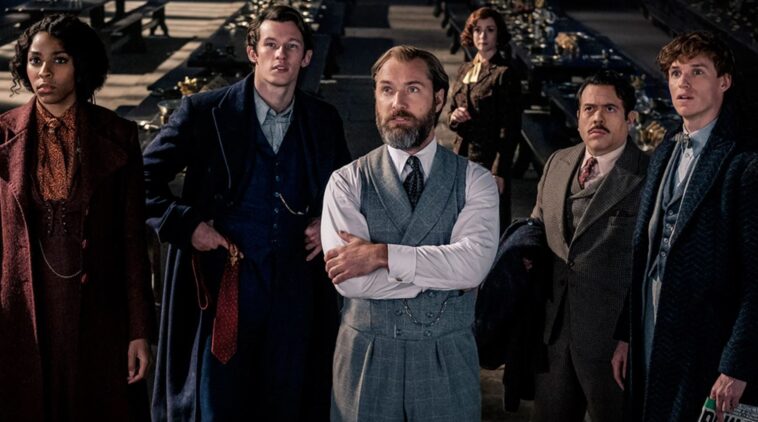 Fantastic Beasts: The Secrets of Dumbledore, a movie costing about $200 million which is the third sequel of J.K Rowling’s Harry Potter spinoff seems to do better through its franchises. Through the records it can be seen that the film does better overseas, As at the domestic box office from Thursday till Sunday (Easter weekend) an apathetic revenue of $69 million is recorded however globally $193 million was earned since last weekend.

Back in 2016, the originating sequel, “Fantastic Beasts and where to find them” earned $74.4 million locally along with an A cinema Score and the other two of its parts Grindelwald and Dumbledore earned a B+ cinema score.

Later in 2018 the second part Fantastic beasts: The crimes of Grindelwald generated $62.2 million and the latest part “Fantastic Beasts: The secrets of Dumbledore” (2022) has only managed to earn $44 million at the box office which is nothing as compared to The Batman with astonishing $750million+ in a month.

Days after the US release of “The secrets of Dumbledore” one of the lead cast Miller, playing Credence Barebone in all three movies bits made headlines after getting arrested by allegedly harassing people at a bar in Hawaii moreover he choked a fan outside a club and broke into a couple’s hotel room.

Furthermore, Johnny Depp who played the negative lead Gellert Grindelwald in Fantastic Beasts “The crimes of Grindelwald”, quits Secrets of Dumbledore after involving in domestic relationship abuse attestation made by Amber Heard (his ex-wife). Due to this Mads Mikkelsen got to play his character in the movie.