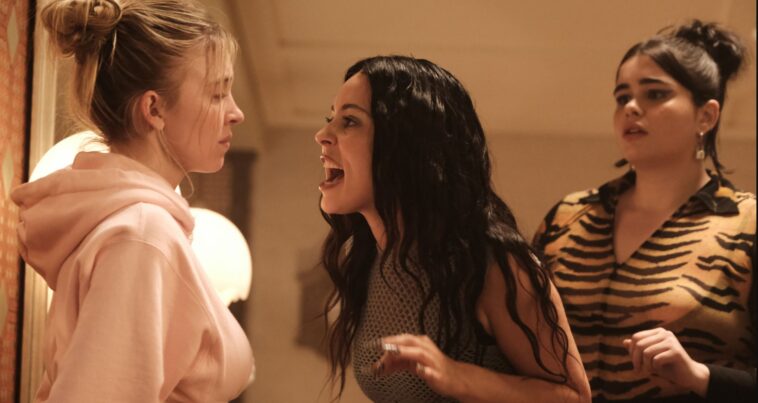 Hold your breath because Euphoria has beaten all streaming records and triumphed as the second most-streamed show on HBO Max after Game of Thrones.

The Zendaya-led drama hit yet another series high with its Season 2 finale episode Sunday, drawing 6.6 million viewers. According to HBO,

The spider girl lead drama series hits its pinicale with the Season 2 finale on Sunday, drawing nearly 6.5 million+ viewers – According to HBO

With over 16.3 million viewers of Euphoria Season 2, the series has become the best performing TV show on HBO in the past 18 years other than GOT.

me coming back after walking around the whole house and seeing that Eliott still hasn't finished singing #Euphoria pic.twitter.com/yJk5TaXWKw

Euphoria has once again topped the America streaming giant for the seventh consecutive week and was regarded as the top watched series in other countries.

Euphoria has also topped the list of the most tweeted show in the United States with over 34 million tweets.

Euphoria will return for a third season – HBO has officially confirmed that the series is a success the hype and results of the second season helped HBO finalize the third installment.