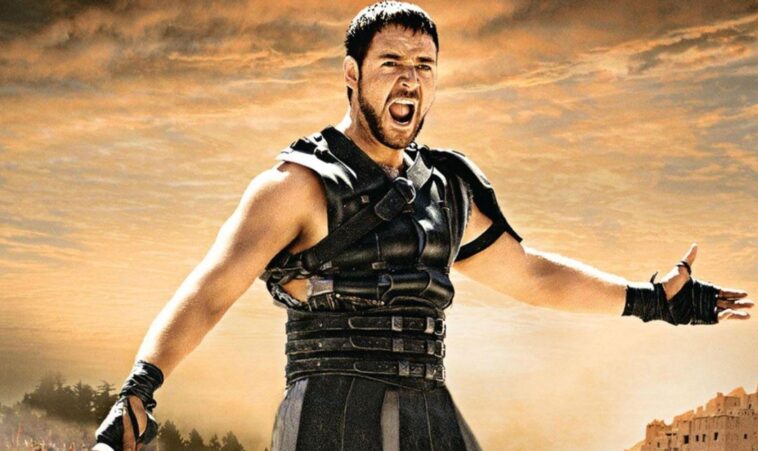 Let’s talk about the movie that got Russel Crowe, the Australian actor, his first Academy Award and took him to the new heights of stardom – the movie Gladiator. This historical action/drama was co-written by David Franzoni, John Logan, and William Nicholson and directed by the famous director Ridley Scott who is also known for projects like Body of Lies, the Alien franchise, Blade Runner, Hannibal, Robin Hood, and Martian. Gladiator is one of the most loved movies of all time and you can watch Gladiator on Netflix by reading this blog.

Shooting of the movie started somewhere in January 1999 and it was released in the United States on May 1, 2000. The Hispano-Roman drama was made with a production budget of USD 103 Million and was a tad bit more than mediocre success, earning more than USD 460.5 million at the box office by the end of its run.

Gladiator actually has a jaw-dropping list of actors as its ensemble cast with Russel Crowe leading the pack. He plays the titular character by the name of Maximus Decimus Meridius. Also in movie star Joaquin Phoenix as Commodus, Connie Nielsen as Lucilla, Oliver Reed as Antonius Proximo, Derek Jacobi as Senator Gracchus, Richard Harris as Marcus Aurelius, Djimon Hounsou as Juba, Ralf Moller as Hagen, and Tommy Flanagan as Cicero.

The movie is set in Roman times around 180 A.D. and narrates the story of  Maximus Decimus Meridius (Russel Crowe), a once-powerful general, who later on becomes a common gladiator. When the emperor’s son, Commodus, gets angry over not being chosen as the rightful heir in favor of a general, he murders his father and even the general’s family while selling general Maximus into slavery where he trains to become a gladiator. Uncover the story of this Gladiator on Netflix from the US or Canada.

How to watch Gladiator on Netflix from the US | Gladiator Netflix

Read more: How to watch Yellowstone’s Prequal 1883 from the US

Here is the list of countries streaming Gladiator on Netflix.

Here is a list of platforms where you can rent Gladiator and witness the sympathetic journey of Maximus:

The Gladiator on Netlfix – Reviews and Ratings

The movie was a winner at both the box office and with the critics. Aside from making USD 187.7 million in the Northern American market, the movie was also able to gather positive reviews from sites like Rotten Tomatoes (77%), IMDb (8.5/10), Metacritic (67%), and Common Sense Media (4/5). Roger Ebert however, gave it just 2 out of 4 stars and criticized its look and the dullness of the characters involved.

How to watch Gladiator on Prime Video from Anywhere

You can stream Gladiator on Amazon Prime Video only if you are residing in India. The movie is not available for US citizens due to streaming rights issues with other VOD platforms. Don’t worry we have a solution for this problem.

Where else can I stream Gladiator Online in the US

If you don’t have a Netflix subscription at the moment, you can stream Gladiator on one of the following VOD platforms. (In the US only)

If you are currently outside of the US and want to stream Gladiator on Netlfix or any of the above-mentioned platforms, use a VPN and stream the movie.

Read more: How to watch The Amazing Spider-Man 2 on Netflix